How To Fix a Dented Ping Pong Ball – Guide With Pictures

You can follow any of these methods to repair your ping pong balls without compromising their performance:

Using hot water is the simplest way to repair ping pong balls. For this method, you need hot water, glass, and tissue/handkerchief.

For this method, you need to boil a glass of water in a kettle/pot.

Now pour water into a ceramic cup and drop the dented ball into it.

Note: Make sure that water has a high temperature. As per Charles’s law, as the temperature increases, the air molecules in the ball move faster and due to expansion in air, molecules will push a wall of the ball hence it will be inflated.

You can also put the ball directly into a kettle/ pot of boiling water for a few minutes. Leaving it for a long time is not preferred as it can damage the ball due to very high temperatures.

To increase pressure on the ball you can use a spoon to push it a little into the hot water for 15-20 seconds.

Now carefully take out the ball using a spoon or fork.

Note: Don’t touch it with bare hands and handle the ball with care.

Now scrupulously wrap a dry tissue or handkerchief around the ball for 5-10 minutes and let the ball cool down.

Note: Putting the ball directly on a flat surface can leave mark on it.

It is another method to fix a dented ping pong ball. For this method, you need a hair-dryer and a towel.

Turn the hair-dryer on at a high speed, so that it can provide air, which is hot enough to cause air particles to move faster to pop the dent out.

Note: If you hold the ball directly without the towel it can burn your hand and don’t hold the dryer too close. If you notice that the ball is getting de-shaped, turn off the dryer and let the ball cool down.

You can also blow the ball from the bottom up while using high speed on the hair-dryer so it does not fall down. If you use this method you don’t need to touch it.

Wait until the dent pops out. When the dent is fixed, place the ball carefully on the tissue paper/towel, as it can be too hot, and putting it on a flat surface can affect its shape.

This method also uses Charles’s law like the above two methods. For this one, you need a lighter and towel/tissue.

Hold lighter under ping pong ball at the safe distance.

Note: Don’t hold it too close it can burn the ball.

Run flame under the ball gently, moving lighter back and forth, until it fixes the dent by making its gas molecule move faster due to high temperature.

Like the above two methods put the ball gently on a tissue paper or towel and let it cool down.

This method is the simplest one which often works.

Hold the ball in your hand and push the area around the dent gently, using your thumb, this puts pressure on the ball and the dent can pop out.

Note: If you push really hard it can cause a bigger dent in the ball.

These methods often work to fix your dented ping pong balls, and they worth the shot to save the ball but results cannot be guaranteed, as it depends on the amount of damage the ball got. If the dent is too deep these methods become unworkable. 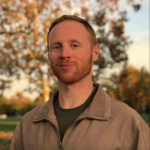 Hammad Malik
Hey there! I am Hammad. My love affair with ping pong started when my dad bought the pingpong table for the family and coaxed me into playing. With time, I started loving the sport and sometimes played for the whole day. I also took part in a lot of local competitions in Texas. I decided to share my years of experience with my fellow ping pong players through my writing. I keep researching new information or products related to the game to keep myself and my readers updated. I hope my writing will help to make your ping pong experience much more enjoyable.